Nanofat is emulsified (liquified) and filtered fat. The fat cells have been crushed and filtered out and what remains is a liquid that contains a high concentration of stem cells.

Stem cells are undifferentiated biological cells that can differentiate into specialized cells and can divide (through cell division) to produce more stem cells. Stem cells are very important in the regeneration of damaged tissues.

Recent (2013) clinical research by Dr Tonnard and Dr Verpaele from Belgium has shown remarkable improvements in skin quality six months after the injection of nanofat superficially in the dermis and subdermis (superficial skin layers). Therefore, many professionals involved in aesthetic medicine have started using nanofat for rejuvenation of the face and hands.

Advantages
Very long-lasting effect.
A completely natural material.
Day surgery, minimal discomfort and a short recovery.
Minimally invasive, with a low risk of complications.
Small scars at the donor site and no additional scars at the recipient site.
Improvement at both the recipient site and the area from where fat is harvested.
Disadvantages
Surgical procedure is necessary with some discomfort caused by extraction of fat from the donor site.
How does nanofat injection work?
First a fat graft has to be taken from anywhere on your body, mostly the stomach or the inside of your upper legs. Then, this fat will be washed with saline, filtered and injected superficially into the skin with multiple injections all over the area that needs to be treated with a very thin and sharp 27G needle.

What can nanofat injection do for you?
Nanofat has shown to have a beneficial, rejuvenating effect on ageing or damaged skin (sun damage, discolorations). Cells within the fat grafts are capable of “repairing” damaged tissue and are presumed to stimulate the skin cells to produce substances that improve skin elasticity and deposition of essential structural proteins.
It also has a positive effect on scars as it makes them less visible. Especially when combined with croton oil peeling and SNIF (sharp needle intracutaneous fat injection) we have seen very impressive results.
Who is a good candidate for nanofat injection?
Any person who has a damaged or aged skin. The person should have enough fat available to make the nanofat (from just a few millilitres for small areas up to 30 – 40 ml of nanofat for a whole face).
The areas where nanofat injection is used most:
Face
Hands
Décolleté
Who is not a good candidate for nanofat injection?
People suffering of anorexia or athletes in whom no fat at all can be found for grafting.
How to prepare for nanofat injection?
There is no specific preparation for this procedure.

How is nanofat injected?
Nanofat injection is usually performed under local anaesthesia. Only if it is combined with other procedures, it will be done under general anaesthesia.
The donor site is always infiltrated with a mixture of local anaesthesia and adrenaline to reduce postoperative discomfort and bruising.
Liposuction—The fat can be taken by means of a liposuction from any part of the body that has a sufficient amount of fat, in most cases this will be the stomach or the upper legs, but it can also be taken from the inner knees, the thighs, the buttocks or love handles.
After injecting local anaesthesia, which minimizes bleeding in this particular area, a very small incision is made and fat is aspirated using a blunt needle with multiple perforations and a special aspirator. The small incision is closed with one dissolvable stitch.
Filtration—The fat is washed and filtered to separate blood, oil and local anaesthetic from the fat cells.
Emulsification of the fat is achieved by shifting the fat 30 times between two 10-cc syringes which are connected to each other by a special connector.
Injection of the nanofat— If the procedure is performed under local anaesthesia, the recipient site is injected with a minimal amount of local anaesthesia after which the fat cells are injected with a very fine 27G needle or a syringe. If the procedure is performed under general anaesthesia, no local anaesthetics will be injected as it has been observed that the local anaesthetics have a negative effect on the survival rate of the injected fat.
MAFT-gun— For the injection of the fat, we use a MAFT-gun. This is an innovative instrument developed in Taiwan by Dr Lin. It allows the steady, accurate and precise injection of the fat in drops with a diameter of only one mm.
As opposed to micro fat, the effect of nanofat usually appears with a delay of four weeks to three months.
What is the average treatment plan of nanofat?
As a stand-alone treatment, nanofat injections will be performed as an outpatient procedure.

What are the risks of nanofat injection?
So far, no infections, fat cysts, granulomas or other unwanted side effects were observed.

How long can I expect the results of nanofat to last?
The procedure is too new to give a sensible answer to that question. 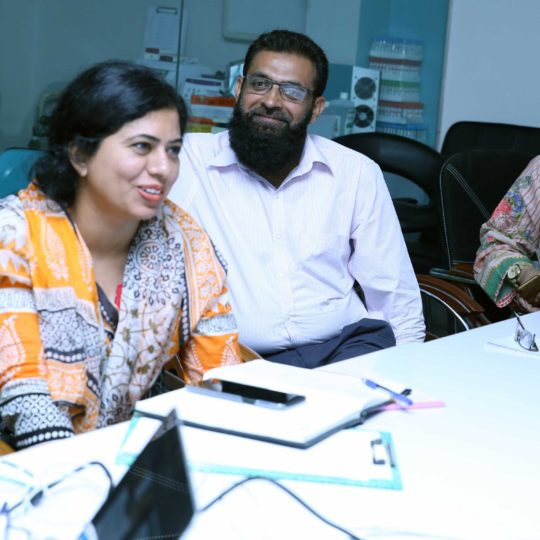 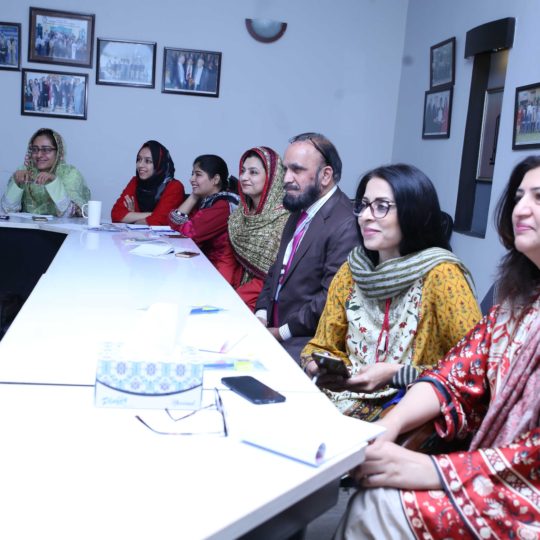 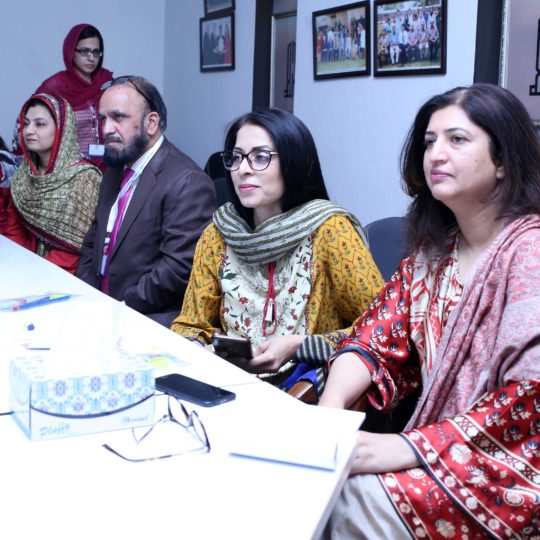 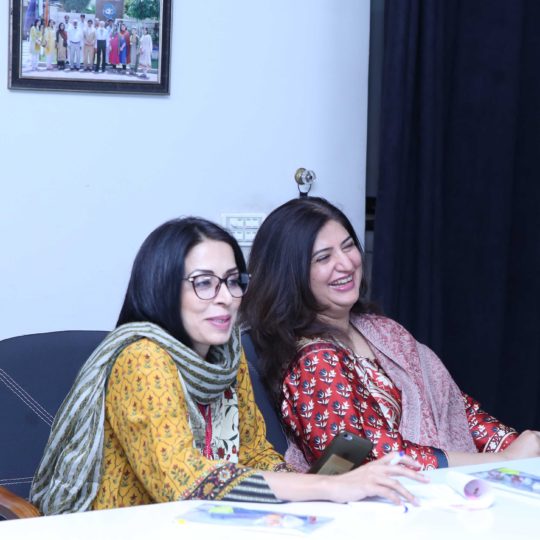 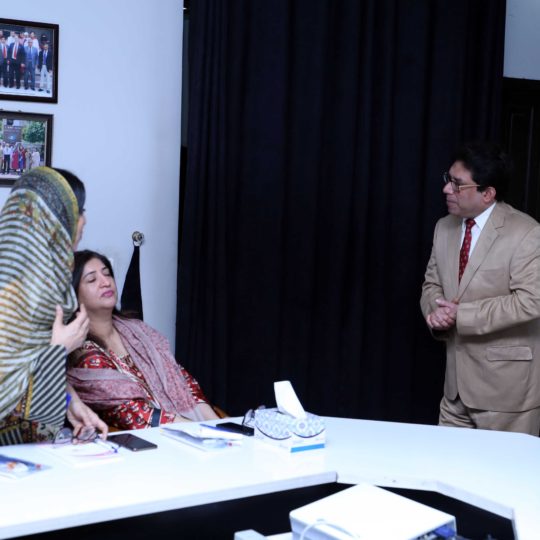 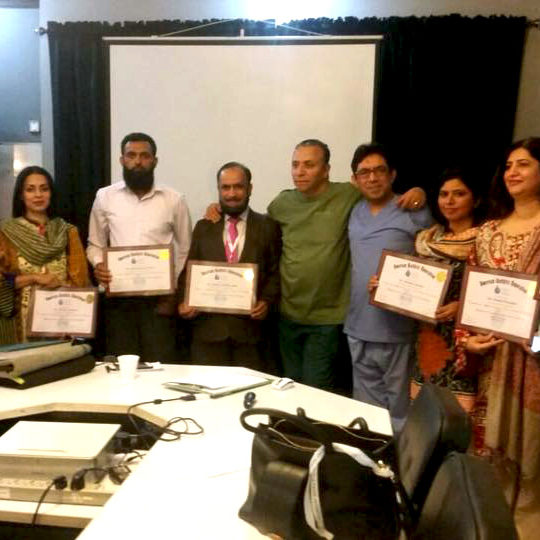 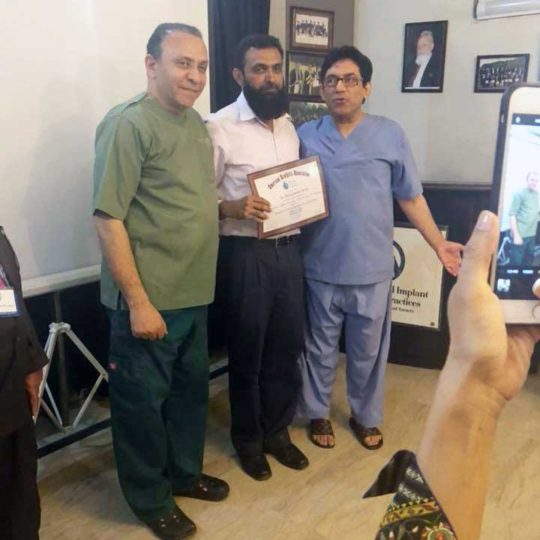 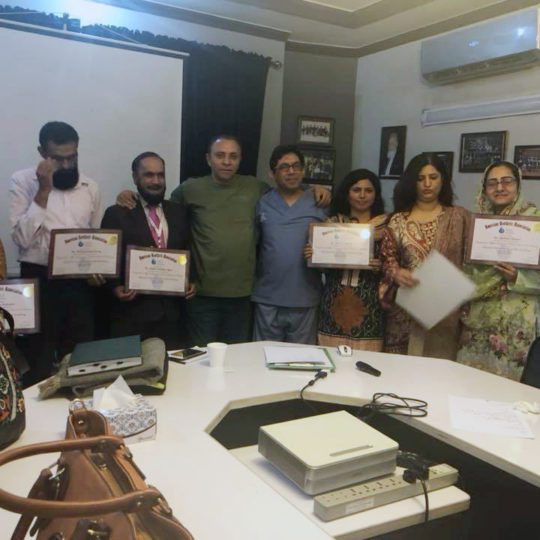 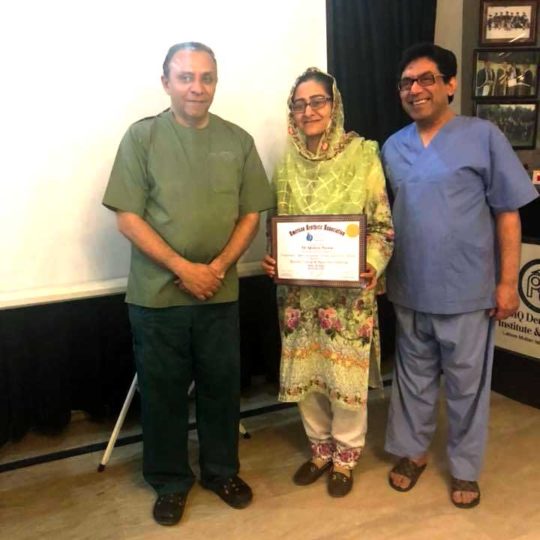 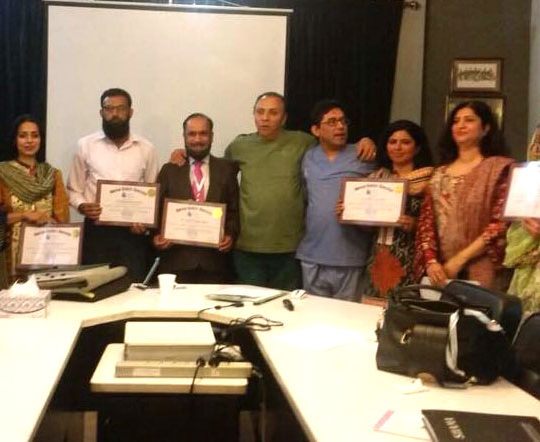 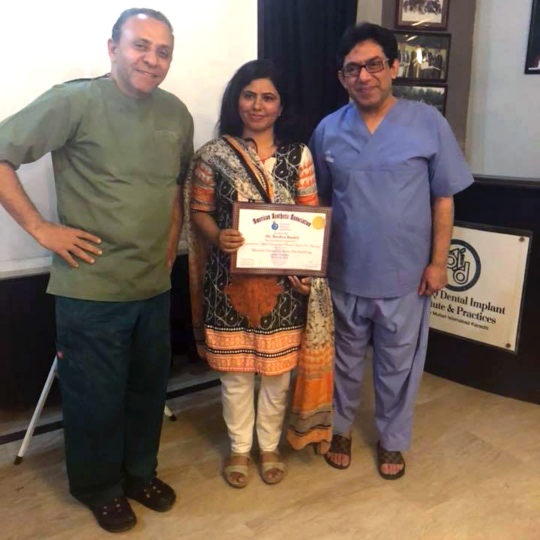 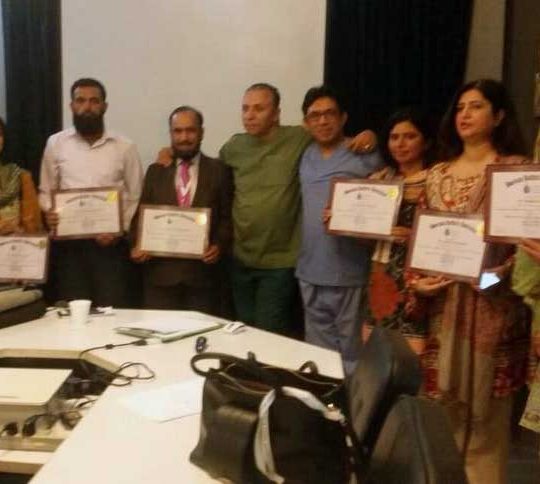 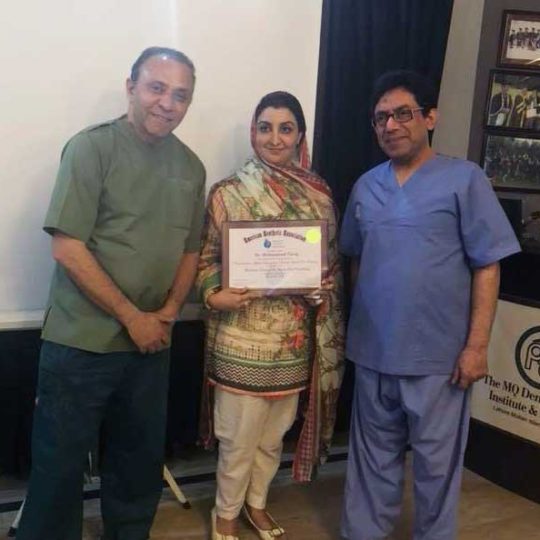 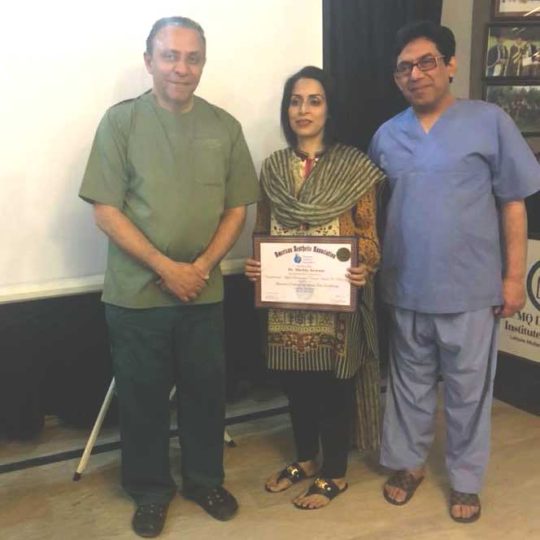 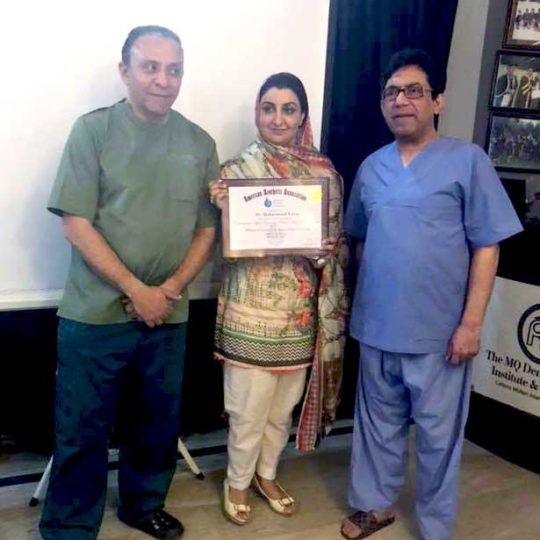 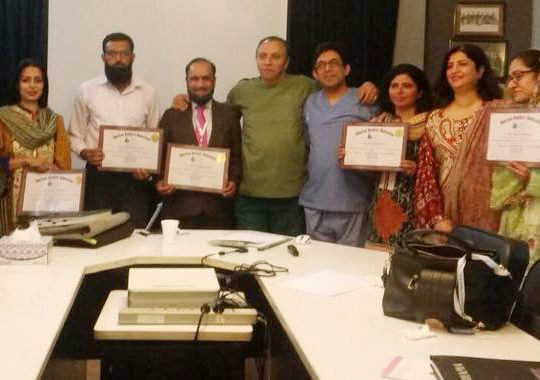 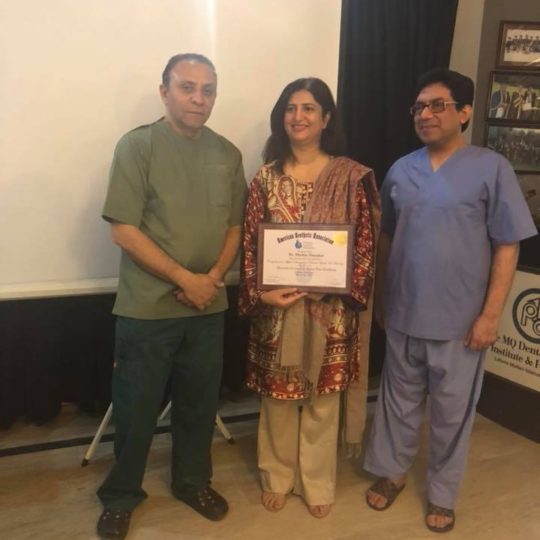 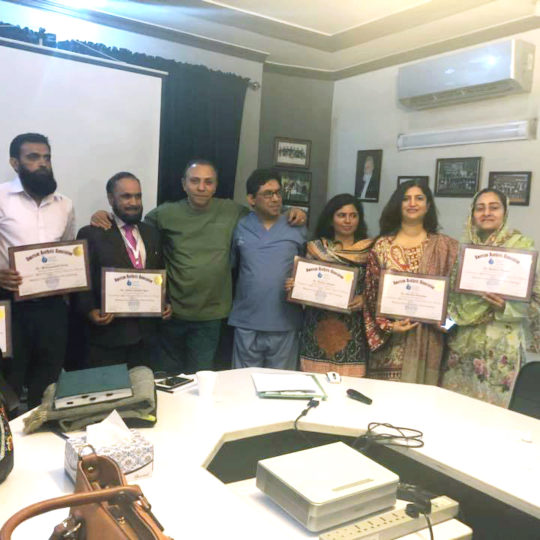 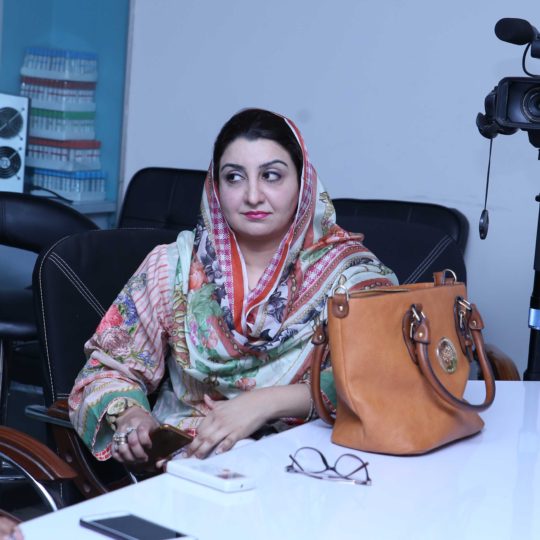 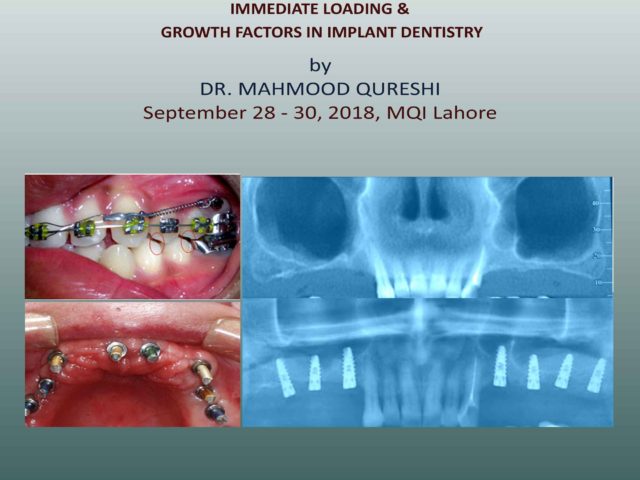